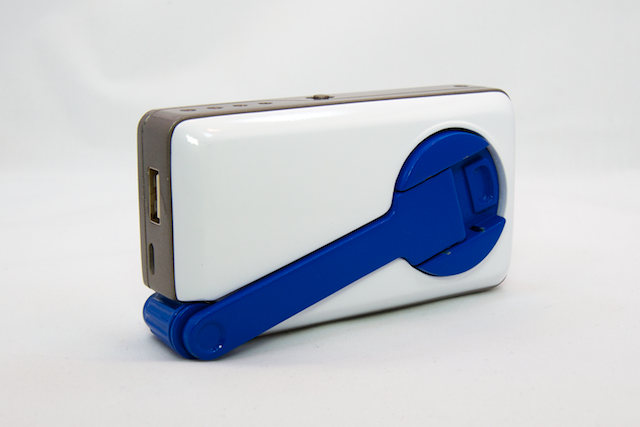 Today, it’s hard to imagine going about your daily business without having a cellular phone near you handy. Smartphones and other mobile gadgets have become so essential that when the worst forms of Mother Nature strikes people are stressing over the sudden and complete lack of communication. No electricity means there’s no charging a phone on its ways into a dead battery stage. With the SOSCharger, you don’t have to worry about getting stuck in a place with no connection to other people because of a dead or dying battery.

How can it help you out in emergency, when there’s no electricity? The SOSCharger is a mobile charger that gets its juice from your manual labor. It’s a hand-cranked charger with a built-in generator in the form of a 1,500 milliampere Lithium Polymer battery. To give it some reserve power for charging your smartphone or other mobile gadgets later, you need to wind the hand crank for a few minutes. As a general guideline, five minutes of winding should give you about 12 minutes of call time on your smartphone. If the emergency situation hasn’t presented itself yet, then you have the convenient option of charging the SOSCharger normally through a USB wall charger. The mobile charger comes with a micro-USB cable that has been included specifically for that purpose. 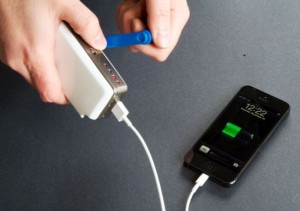 There’s no need to worry about compatibility with the SOSCharger. It’s compatible with all the smartphones out today, most notably the iPhone and Blackberry. It’s also compatible with other types of gadgets such as the iPod and the Kindle. So, it does have the ability to work as an all-around battery charger. The mobile charger has been tested for over and can be used reliably as a power reserve for emergency situations for years at length. For those who are willing to support or have supported its funding through Kickstarter, a 2-year exchange guarantee that accounts for possible factory defects has been set in place. There isn’t any concrete new yet about its production schedule. But with more pledges coming through, the hand cranked power of the SOSCharger may soon be one of the most valuable tools in your emergency kit.

The backstory from Kickstarter:

Development of this project started many years ago with the first iteration of the SOSCharger. Our goal was to create an entirely new way to charge cell phones off the grid.  We had great success with our original self powered charger. Over the years we’ve learned so much from our experiences, and customer feedback. Through this organic learning process, design improvements have been a constant consideration since the first SOSCharger launched. After many CAD drawings and prototypes, we’ve developed the best design possible for the next generation SOSCharger.  We’re confident it is ready for production and with the feedback we received from experts at the 2013 Consumer Electronics Show, we know it’s ready for you!