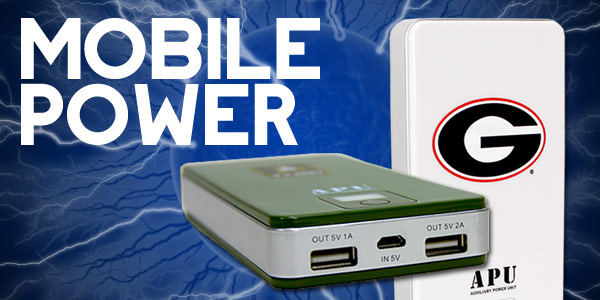 Charging on the go doesn’t have to involve bringing a bunch of chargers and cables around. With USB battery packs, you can forego cables and chargers and have all your mobile gadgets charging from one source. To be able to do this though, you need a high-capacity USB battery pack with enough milliamperes to provide enough power for the gadgets you have. Luckily, there are a growing number of mobile battery packs available on the market.

When it comes to battery packs for long trips or heavy gadget use, there are more than a few features that you have to diligently take into account. First and most important of all, you need to make sure that it has enough juice to provide the power you need to recharge your mobile devices. Most smartphones and gadgets today need at least one charge throughout the day, so anything under 1200 mAh doesn’t cut it anymore.

The basic minimum of power to charge a basic smartphone should start with a capacity of 2200mAH. Mobile chargers with this power minimum can be fully charged in a short amount of time and charge up a basic smart phone.

A mid-level capacity mobile charger will have 5000mAh capacity. At this capacity, it is possible to recharge a tablet or iPad – though perhaps not to full if the tablet is completely dead. How full the device gets recharged is dependent on a multitude of factors from how big the battery in the device is to how many programs are running on the device.

A large capacity charger usually has 10,000mAh and can do the heavy lifting of charging both a tablet and smartphone at the same time or multiple smartphones. These heavy lifters have powerful batteries that also need to be fully charged before heading out – and that can take a little while.

Second thing to consider is form factor. As much as possible, you want a battery pack that’s easy to take out of storage, is light enough for carrying, and has adaptability (in the sense that it can be charged a few different ways and have, ideally, two USB ports available). One last feature to look for would be indicator lights because it’s always a good idea to know how power is left in the battery pack and how far from full charge your gadget is.

There are often additional features on mobile chargers. The smaller designs, such as the APU 2200LS, have LED flashlights that come in handy at night and out on trips. Larger units like the APU 5000 also has an LED flashlight and micro and standard USB ports. The large chargers, like the APU 10,000 have dual standard USB ports as well as micro-usb.

How To Pick A Mobile USB Charger