Have you always wondered if charging your iPad using an iPhone’s charger takes the same time as using the iPad’s own charger? Have you hesitated using a BlackBerry charger to charge your Samsung device though they have similar Micro USB ports?

While it is okay to charge your device with another charger for as long as they are compatible, it is hard to determine whether this can have an effect on the battery life of your device. Indeed, we all want to have long lasting batteries. But sometimes, for reasons we don’t understand, our batteries do not last as long as expected. This problem is often attributed to the issue of not knowing the best way to charge your smart phones and mobile devices. 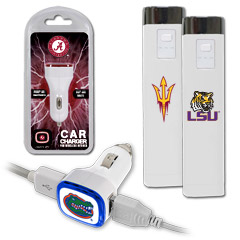 Fortunately, scientists at the TechHive Laboratory did some useful research to find out if charging devices using the power outputs that come from with the package are quicker than using chargers from other brands. TechHive used an Apple iPhone 5 and a Samsung Galaxy SIII as phone representatives, and the Apple iPad 4 and Samsung Galaxy Tab 10.1 as the tablet representatives.

Summarizing the results of their test, charging devices using their original chargers is faster by a considerable amount of time as compared to using foreign chargers. This phenomenon is mostly seen in Apple products where it is found that a safety device is installed on both the iPhone and iPad, limiting the amount of current received from a foreign charger due to 1) compatibility issues, and 2) to make sure that the electricity does not damage the motherboard.

This was also true when they tested the charging tablets using the phone chargers. Tablet batteries require higher amount of current to properly charge and this current cannot be provided by phone chargers that were originally designed for devices that require less electrical power.

Charging On The Go

Now that you know the best way to charge and still insist on bringing one universal charger for your devices when you go out of the house or on a trip, you better be ready to wait for at least three times longer charging time of your devices from a different brand. On the contrary, if you are trying to save some valuable time, consider allotting a little space for your other chargers.