Small, slim, sleek. Those are the adjectives people like most to hear when the discussion turns to the topic of gadgets and their form factors. In that sense, the Devotec Fuel Micro Charger fits the criteria perfectly. It’s currently recognized as the smallest mobile phone charger in the world and has the measurements to prove it.

To dispel any doubts right from the start, let it be stated that the Devotec Fuel Micro Charger comes in with the dimensions 1.3 x 0.9 x 0.5 inches. If you’re having some trouble visualizing just how small that is, think about a keychain or that little pocket on jeans. The Devotec Fuel can fit into both of those things easy. Since this micro charger is tiny, it also makes sense that it’s fairly lightweight. It weighs about a half an ounce because of its die-cast body of pure aluminum. 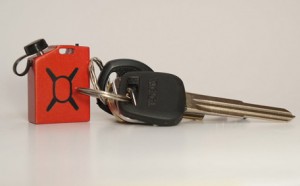 Meant to be used in emergency situations, the Devotec Fuel is equipped with a rechargeable 5C lithium-ion 220-milliampere hour battery. In use, the lithium battery will give enough juicing power for several hours of your phone in standby mode or 20 to 30 minutes of call and talk time. Staying true to its emergency function, the Devotec Fuel is able to keep its charge for a month or more before you need to recharge. And a recharge of the charger only involves either connecting it to a USB port through the provided cable or plugging it into an AC outlet with a micro USB wall plug. The fact that it’s micro USB also makes it compatible with many phones in the market. 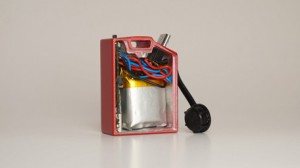 Unfortunately, just like most cool ideas, the Devotec Fuel Micro Charger needs funding to move the project from its conceptual stage into actual production. Devotec Industries, the brains behind the micro charger, have enlisted the help of Kickstarter to do just that. And here’s the good news. The project has already raised some $47,000 from pledges of people who were interested. They only needed about $20,000, so production is a definite go. If you want to pledge for the Devotec Fuel, there’s still time. Pledging is available until the 19th.

It should be noted, though, that the Devotech Fuel Micro Charger does not yet come with a version for the iPhone. But it is in the works; Devotech Industries is currently working on securing the certification of “Apple Made for iPhone” to realize an iPhone micro charger. 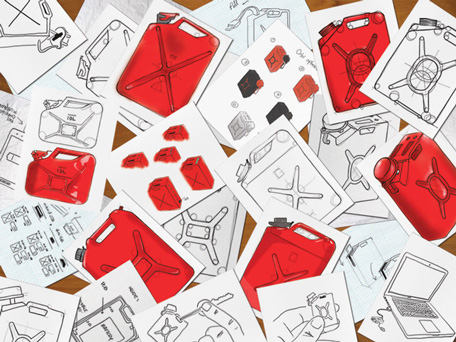