Do you enjoy cycling all over town? Or, do you do it more as part of a routine or workout? Whichever way it may be, your bike might serve an extra function that could be a pleasant twist for you after a hard or long ride out. What’s the surprise exactly? Fully charged mobile devices from all that pedaling! It’s nice to see that all that pedaling could have more immediate and tangible results. But, how do you go about converting a bike into a mobile device-charging machine? Attaching a device called the Atom should do. 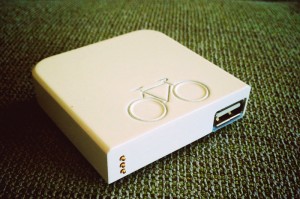 But first, what is the Atom? Made by Siva Cycles, the Atom is a bicycle generator that you can mount on your bike to get your mobile devices charging on the go. It’s a fairly good idea, so it’s not a surprise to find out that the Atom is another project looking to find funding for production through Kickstarter. With Kickstarter being a consistent source of innovative but underfunded projects, the Atom is in good company.

Before we worry too much about that, let’s take a look at Atom’s specifications. The Atom only weighs 300 grams, so carrying it around won’t be much of a problem. A detachable 1300mAh battery lets you charge your devices not only on the go on your bike, but also after; just take the battery pack with you and your device.

Housed in a black casing, the Atom is understated and simple. It measures 7.5 x 3 x 1.2 inches, making for a charger that’s slim rather than bulky. The Atom even beats other bike generators in the market in terms of integration. The AC-DC converter, battery, and regulators that would normally be separated and connected by cumbersome cables in standard setups are replaced by one simple rectangular box. To install this simple box on your bike, you only need to remove your bike’s rear wheel nut, fix the Atom on the hub, then re-attach the wheel. The next question to follow then is how much power does the Atom offer. Like everything human-powered, it depends on how fast you’re going. The maximum power you can reach is set at 4.5 watts and 500 mAh for a speed of about 15 mph.

The Atom by Siva Cycles is currently still looking for adequate support on Kickstarter. If all things go as planned and production becomes feasible, the Atom will set you back for $105. 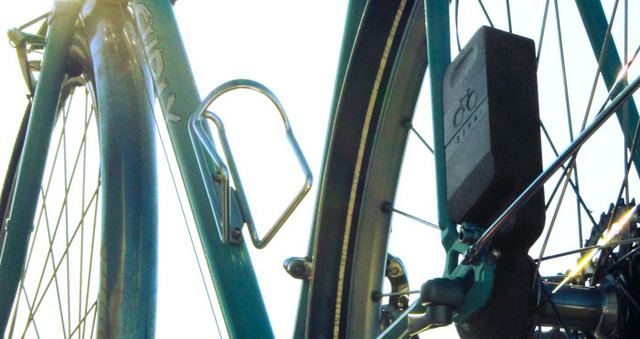