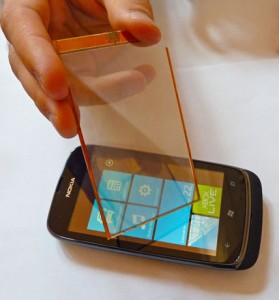 Just as interconnectedness today has many advantages, so are there just as many disadvantages. While the technology in mobile devices, especially smartphones, continue to make convenience an even more common concept, inconsistencies surfaces that make dents on the smooth surface of innovation. In the realm of mobile devices, which include smartphones, tablets, and the like, these “dents” or inconveniences have a lot to do with mobile devices batteries draining after just half a day because of constant use. The solution a startup in France suggested? Cellphones that charge themselves by using solar power.

The startup in France responsible for this interesting turn in developing technology is the SunPartner Group. The SunPartner Group focused itself on the idea that the sun has always been a source of energy. It just remains largely unharnessed. Its idea, which will make us of solar power profusely, is a cellphone charging screen. While the idea is certainly not an original concept from the SunPartner Group, the group is the only entity that has decided to make definitive steps towards the realization of the innovative concept that indicate some sort of progress. As a matter of fact, it has been in contact with manufacturers that might be able to incorporate the screens into mobile devices as early as the start of next year.

The reason why the idea of self-charging phones screens has not developed properly before because it ignored a crucial aspect of cellphone usage. Users don’t put their cellphones face down on the table. Doing that will mean that you’ll miss notifications and emails because the screen is hidden from view. SunPartner, therefore, has in mind the idea of shifting the location of miniature solar panels on a prototype from the back to the front. The move is a tricky one because it’s harder to design something like that on the front of the phone. SunPartner is trying to go into it in a way that doesn’t interfere with or obstruct the display up front.

While more advanced technologies are still out of reach and under development, SunPartner has been trying to find a way to initiate mass production for the self-charging screens. The low tech approach it plans on implementing uses transparent film as the surface onto which tiny hardly visible solar panels. Once under the sun, the transparent film would start working.

1 thought on “On the Horizon: Self-Charging Cell Phone Screens”