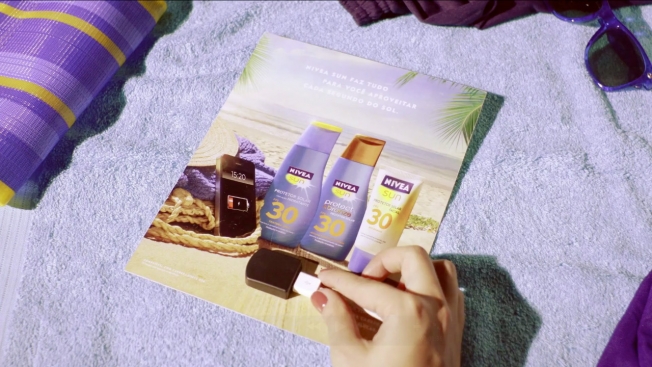 If the common perception is that companies whose specialties lie outside of the technology industry could care less about making significant technological contributions, that point of view will soon have to be revised. Recent news has a big cosmetic products company pushing for a campaign that you would normally expect from one of the more technologically inclined companies like Sony and Samsung. But as it turns, Nivea has funded and fully realized a sunscreen ad campaign that features a solar-powered mobile phone charger. 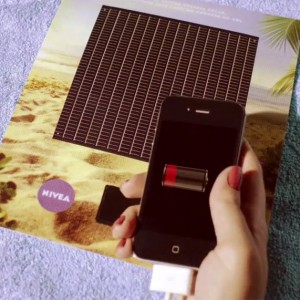 Nivea has successfully introduced the ad campaign in Brazil with the help of a partner, the Brazilian magazine Veja Rio. As part of its campaign, Nivea arranged to have a full-page ad published in the magazine. This ad contains the usual advertisement of Nivea products and one added bonus feature. The bonus feature is none other than the presence of solar panels and a USB charging port on one side of the full-page ad. To get more publicity for the ad campaign (even outside of Brazil), Nivea also uploaded a short video showing off the full-page ad in Veja Rio and how to make use of the mobile phone charger attached.

The Nivea ad campaign has created a good buzz for itself. The YouTube video showcasing the mobile phone charger has gained more than 90,000 views. No doubt bringing your phone to the beach makes for a less hassle-free experience. All you need is the paper-thin ad from Nivea and the sun to get your mobile phone charging in no time.

If you’re curious about the amount of work that went into the ad campaign, then keep on reading just a few more sentences. First off, the project took Nivea about eight months of production to realize. Out of those eight months, six were spent on just developing the technology to make it possible, and two were for printing out the final product.