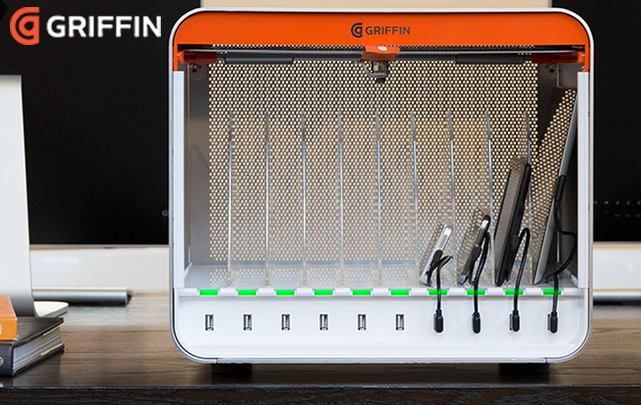 If you got a handful of gadget, it’s more than just wise to get at least as many chargers as you have as many gadgets. Unfortunately, many of us still settle with just one charger for the sake of convenience (read: not having to carry all your chargers at the same time) This alarming situation is what probably motivated Griffin Technology, which, in collaboration with former Apple designer Thomas Meyerhoffer, has come up with its newly redesigned MultiDock Charger that allows people to charge, store, and sync several mobile devices at the same time.

The new design of the aluminum-shelled MultiDock Charger allows it to be secured easily to a table or countertop. It is also lighter as compared to its previous design. Approximately just the same size as an open laptop, a MultiDock Charger can accommodate ten gadgets – iOs and android tablets, e-readers, smartphones, and what-have-you’s, and charge and sync them all at the same time. Plus it has a new hardware that enables users to stack up three MultiDock Charger units together. And since its charge slots are vertically oriented, users can charge up to a whopping number of 30 gadgets from just one computer! 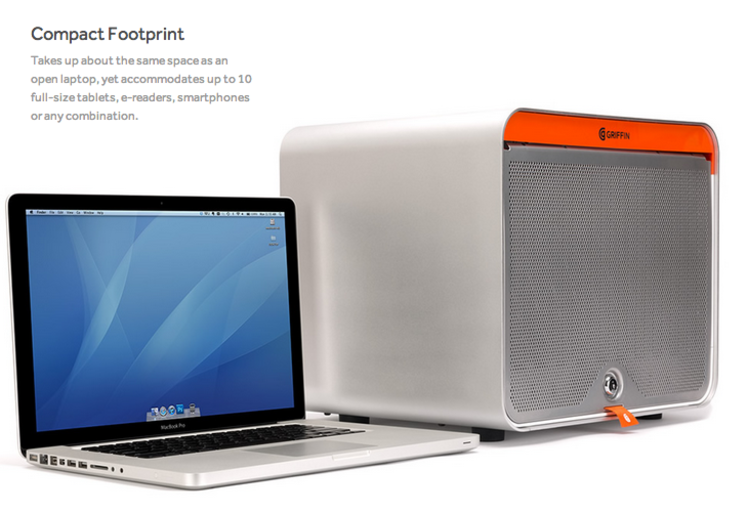 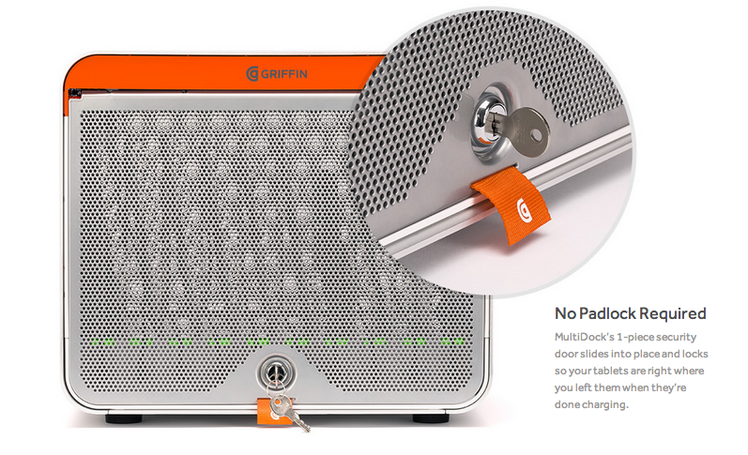 As to its charging capability, MultiDock Charger delivers up to 10 watts for each device and uses Griffin’s exclusive ChargeSensor technology which can automatically detect the charging characteristics or profiles of each device and supply its needed charge rate accordingly for optimal charging. With colored LEDs indicating the syncing and charging status of each bay, the MultiDock Charger also works well with any device that uses Apple’s new lightning charge connector as it automatically activates its Quick Charge Mode that lets you juice up your gadgets at the fastest possible rate even while sync is in process. It also ensures that the contents of your iOS device are up to date.

Griffin Technology’s MultiDock Charger is available as a single 10-bay unit or a 30-bay cart, equipped with wheels, handle, and lockable laptop tray that can accommodate a 15-inch MacBook Pro or other laptops measuring 0.95 inch thick, 14.35 inches wide, and 9.82 inches deep. The MultiDock 3-Unit Stack is already pre-assembled so need to worry on how to get the thing to work.

Price starts at $699, which of course appears to be pricey. But hey, if you got a handful of gadgets and you can charge them all at the same time, that’s not so bad.

As for compatibility, the MultiDock Charger requires iTunes 9.0 or later, Macintosh OS X v10.5.8 or later, USB 2 and Apple Configurator.