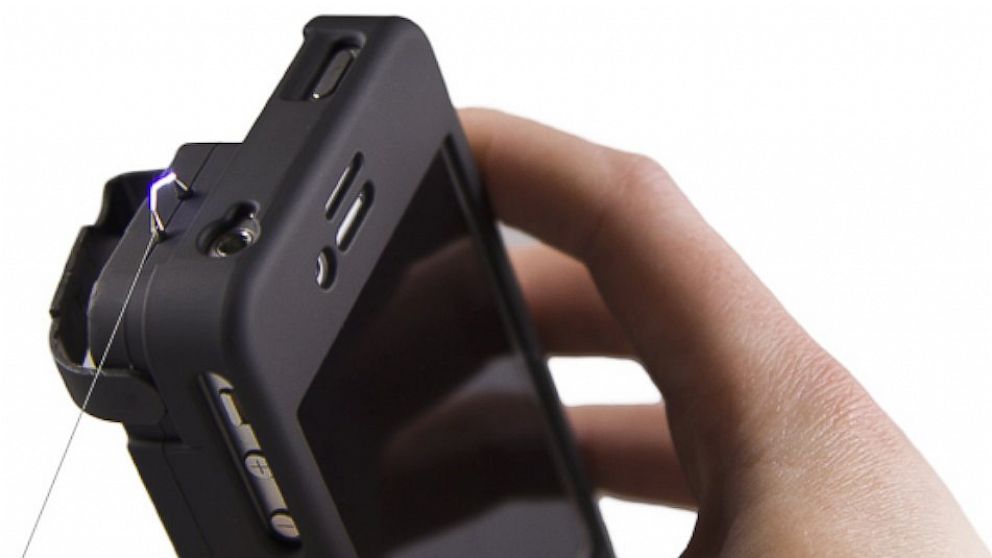 With its price and capabilities, iPhones are obviously some of the most popular phones today. But while this fame works well for Apple, the company behind iPhones, this doesn’t always work out for iPhone users. Why? Because their popularity makes iPhones more susceptible to thieves! Fortunately, a Louisiana-based innovator has thought of a scheme to finally minimize such incidents – a built-in stun gun.

There had been numerous attempts from software developers to find a way to track lost phones. Apple even tried hard to beef up its phone security through the fingerprint sensor. But this one is different. This time, it’s more than just virtual applications. This time, the protection is physical present alongside the phone itself.

Equally interesting is the story behind the invention of the YellowJacket case. Apparently, when YellowJacket founder Seth Froom was being robbed, he wished to have a phone he can use for self-defense. This prompted him to create something that will protect iPhone users.

The idea is an iPhone case that has a stun gun or, as Wikipedia defines it, an electroshock weapon that momentarily disable a person through an electric shock. The accessory somehow works perfectly for iPhone 5s, highly regarded as the most forward-thinking smartphone today, and due to come out before the end of the month, if not out yet.

The built-in stun gun is powered by a built-in battery and releases a ‘painful sting.’ How it works is similar to your pepper spray, only that it’s more powerful. Just make sure to charge the case so you can use it anytime, anywhere.  The power of the stun gun is noteworthy as it can shoot 650 kilovolts of electric current through another person’s body.

YellowJacket sells the iPhone case for $140. It sounds way more expensive than any charger I’ve come to know about but if you don’t mind paying more for the security of an expensive gadget, then this is a good investment. Unfortunately, law officials are yet to appreciate the practicality of this device. If you ever buy one, use it for its purpose and not for any other things.

YellowJacket cases for iPhone 4 and 4S have long been in out in the market already. The case for the iPhone 5s will come out as soon as the smartphone is released but you’d need to pre-order so you can get it for the holidays. But before you buy one, check first which states prohibit the use of the stun gun. This info is available at the YellowJacket website.