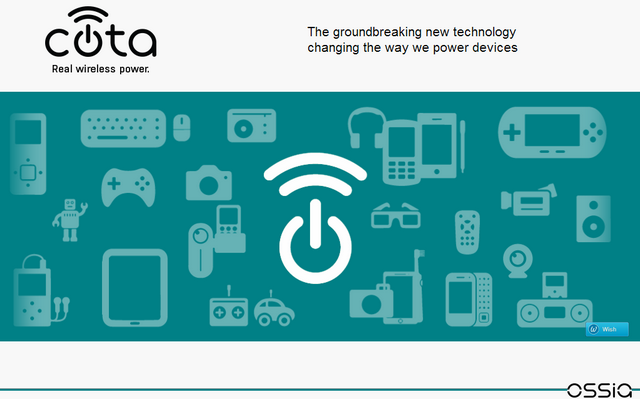 It’s hard not to feel like a prisoner when you’re waiting for your phone to charge but you still need to use it. You are bound to the wall by a short length, unable to walk around freely.  The worst is when the power outlet which you are using to charge your phone is in an inconvenient spot, such as behind the bed because you lose a lot of your productivity having to lie down and wait for it to charge.  But what can a person do when they need to get things done using their phone?

Freedom will soon be yours, thanks to a company called Ossia. Its CEO is a physicist named Hatem Zeine.  The company has hatched the plans for a revolutionary wireless charging system called Cota technology that can charge multiple devices within 30 feet.

Charging Up To 30 Feet Away 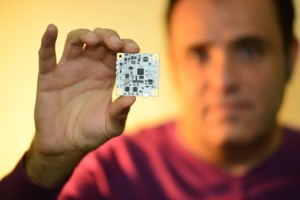 By using a single microwave transmitter that uses industrial, scientific and medical (ISM) bands like Wi-Fi, the power from the charger (which is enclosed in an 18 inch cube) is received on the device transmitter using a receiver within the device and is converted to charge the battery of the device or even run the device.

Cota technology will not be limited to mobile phones; it is envisaged that one Cota charger in a household can charge and run smoke detectoras, cameras, remote controls, video game controllers, flashlights and more.  Seeing as the Cota charger can automatically detect Cota receivers and is not obstructed by walls and objects, you don’t need to have the devices all in one room to be able to charge them; you can have them to go about their business as usual, but better as you will not have to worry about manually charging them.

The Cota technology was demonstrated at the TechCrunch Disrupt SF.  Much to the amazement of onlookers, Zeine was able to charge a smartphone from 10 feet away and light LEDs using the prototype Cota transmitter.  It is expected that the Cota can provide 1 watt of power (1/3 of the ability of a USB port) which is able to charge multiple devices.

Ossia has been developing Cota technology over the last few years and is hoping to release it commercially in 2015.  By tapping into safe and efficient wireless power, Cota technology will provide consumers with the ability to be free and prepared for whatever life throws at them.